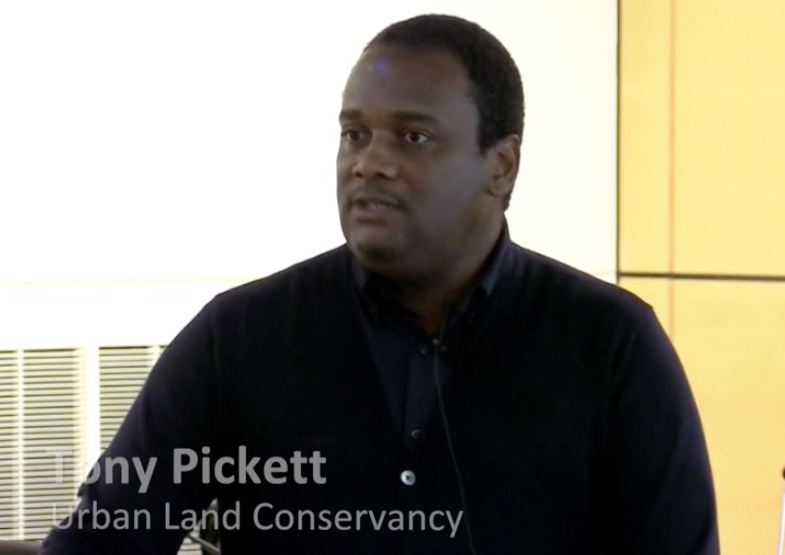 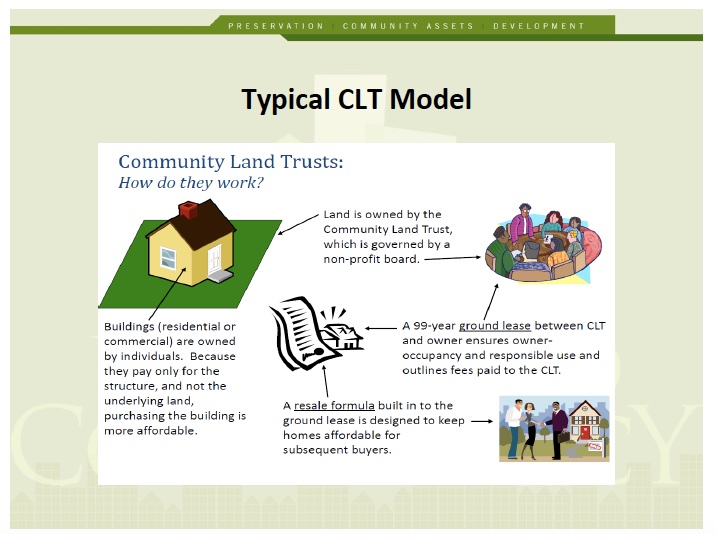 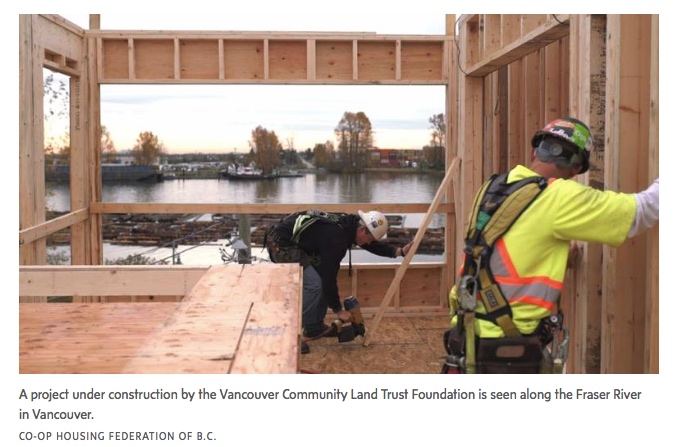 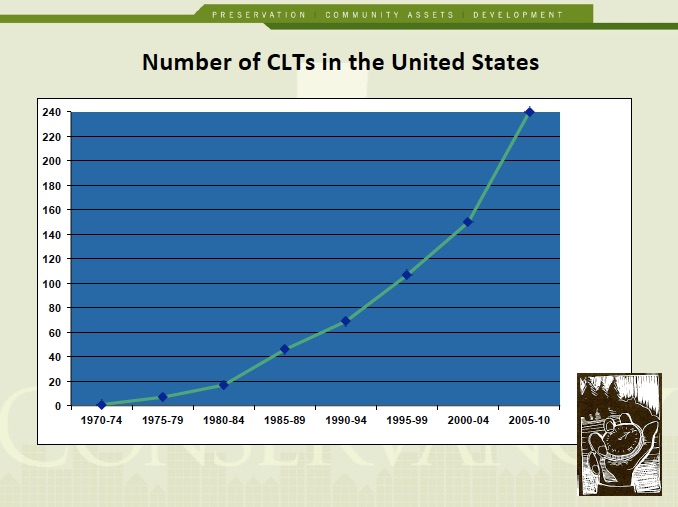 This article originally appeared on my Sustainable Industries blog site

In the wake of the financial crisis and the great recession, sweeping structural changes are reshaping the housing market.  Generation Y and the retiring Baby Boomers will be the catalysts for the next wave of housing development.  The workshop promoters asked “Are you ready to meet this demand?”

Speakers from the development community all pointed to the market demand being urban and transit-oriented; and, for the time being, rental rather than homeownership.  Some quotes:

They have less money than any generation, but are well-educated, well connected and very urban. The cities that do it best for young creatives will thrive.  John McIlwain, ULI

Gen Y has no interest in the suburbs!  They value being close to friends and don’t want to commute.  You can bet on transit-related locations.  Clyde Holland, Holland Partners 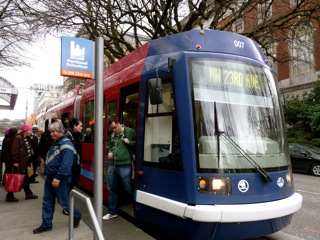 A few months earlier, ULI’s Young Leaders Group had attested to this same wave in its own sessions.  And it focused all its conference field trips close to the urban core along transit corridors of Portland, Oregon.  At least one of that conference’s participants brought his suburban developer dad along as well—perhaps to learn new skills.

In April 2011, ULI Oregon sponsored two of its national leaders at talks held at Metro on such impressive topics as: Carbon, Development & Growth: Navigating New Frameworks for Real Estate, Planning, Transportation, and the Economy and Finding Certainty in Uncertain Times.  Ed McMahon and Michael Horst both indicated that the pendulum is swinging re: how we invest housing dollars.  The trend is towards walkable, mixed use neighborhoods with transit—and towards green building.

Although McMahon and Horst have strong relationships with the US Green Building Council (their sons play important leadership roles there), McMahon pointed to an EPA study that transit-oriented development may outperform green building in reducing greenhouse gases.[2]  ULI’s Growing Cooler was a mega analysis of the impact of urban form on driving.  “We cannot address greenhouse gases without addressing vehicle miles traveled,” McMahon stated emphatically.

A September 21, 2011 story in the Oregonian reported that Renaissance Homes’ president, Randy Sebastian, a builder long known for its sprawling subdivisions on the fringes of the Portland market, thinks that the days of building on the fringes is coming to an end.  He has taken to doing urban infill instead.

During 2010, Portland’s metropolitan planning organization, Metro, had also pulled together an impressive list of professionals from the development community to serve as its Expert Advisory Group on Centers and Corridors.  Not only did that group tell Metro about the same trends that ULI events have showcased, it also made recommendations that Metro should take a larger long-term role in facilitating the implementation of compact urban development, by playing an enhanced role in education, technical assistance, gap financing, infrastructure financing, and legislative advocacy. These respected local experts in the fields of institutional real estate, financing, development and planning also volunteered their time to carry their message out to communities in the region and work with them to make changes.

Despite these strong messages from the real estate industry, the Metro Council, on October 20, 2011, decided to add another 1,985 acres to the Portland region’s urban growth boundary in areas of Hillsboro, Beaverton and Tigard.  About 330 of those acres will be brought in as industrial land.  The other 1600 plus acres is to accommodate projections for needed housing.  State law requires Metro to maintain a 20-year perpetual land supply.

Bob Stacey, candidate for Metro Council, thinks that the Portland area had more than enough land within its UGB to meet its needs.  He argues that Metro planners think that developers won’t choose to build enough housing on the land already in the boundary because its harder.  “The planners fear that if we don’t add land for housing to the UGB, developers will build outside Metro. . .”

Stacey maintains that residents within the existing UGB will pay by seeing needed improvements in their neighborhoods deferred or cancelled while highways, schools and transit are expanded to the new areas. 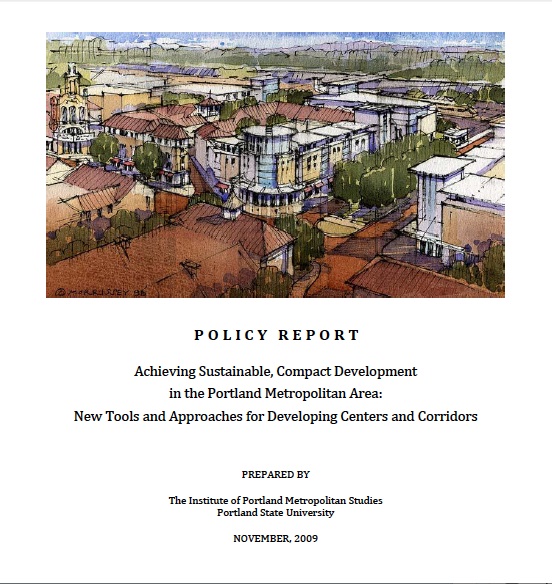 While none of the three ULI national experts who have visited Portland in 2011 had any answers about how, in the current economy, to actually finance and build development where it is most needed, Metro’s own Expert Advisory Group was more explicit.  Their report “Achieving Sustainable, Compact Development in the Portland Metropolitan Area: New Tools and Approaches for Developing Centers and Corridors” identifies one of the greatest obstacles in centers and corridors development as the current credit market.  Amongst the recommendations of the report are:

Even with Metro’s own role in convening the Expert Advisory Group, it is not apparent that anyone at Metro is paying attention to the advice of these experts.  Instead, while not bowing to ALL of the pressures that suburban communities were putting upon them,[3] some believe the Metro Council is following the old paradigm for growth–expansion, rather than embracing the sweeping structural changes savvy developers are predicting.

Next it will be interesting to see where Metro’s Climate Smart Communities scenario planning takes it!  Can the Portland region reduce greenhouse gases 75% below 1990 levels by 2050 while still following 20th Century development strategies?

[1] ULI is the preeminent think tank for the real estate industry.  ULI Oregon is the “District Council” or chapter for Oregon.

[2] That recognition did not stop them from promoting green building, however: “Stay on top of green or eat everyone’s dust.  There will be differentiation; over the long run—adapt or get crushed.”

[3] Wilsonville, Forest Grove and Cornelius had proposals for expansion that were not approved.