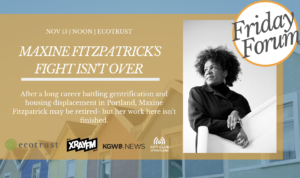 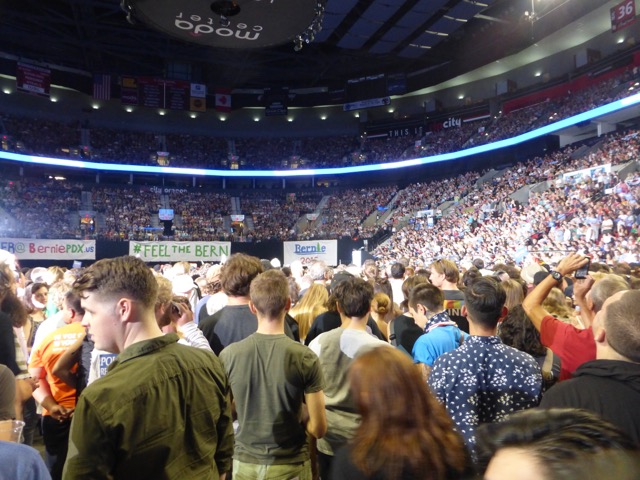 Housing has NOT gone away as an issue, but you wouldn’t know it from the last two cycles of Presidential debates, which had almost no questions of any substance about housing.  As a supporter of Bernie Sanders in 2016, I became irritated with my candidate when he virtually sidestepped local Portland TV reporter Laurel Porter’s question to him about housing affordability and homelessness. I had been attempting to get him to awaken his Millennial base to the idea that we did not necessarily need to continue the current system of housing. I tried hard to get my blog Housing Affordability: Put a Bern on It  to members of his campaign and to the candidate himself, but seemingly without success.  Since Bernie was Mayor of Burlington, VT when the largest Community Land Trust in the nation was started, he understands the potential of this new system of land tenure. He even told the CLT at an annual meeting that helping to get them federal funding was the best thing he had ever done as Mayor. As Chair of the Senate Budget Committee, he can still mobilize that base.

Now, young people through groups like Portland: Neighbors Welcome, Sunrise PDX, and NextUp now find that their Senior Senator, Ron Wyden, has become the Chair of the Senate Finance Committee. Peter Wong in a Jan. 21 article in the Portland Tribune lists the priorities for Tax Code reform that Senator Wyden laid out at a January Town Hall in Forest Grove. OR.  Corporate Taxes, Capital Gains, Energy, Health Care, and Infrastructure are priority areas, but HOUSING is not one of those priority areas—even though it is probably the largest expenditure in most Americans’ budget. (See comments for update.) 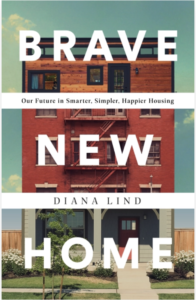 Nevertheless, that doesn’t mean that we,, shouldn’t try to plant the seed for profound change to US housing policy while Wyden is up for re-election. I loved the suggestions from Diana Lind’s  Brave New Home:Our Future in Smarter, Simpler, Happier Housing because they match so nicely to my own.  Lind began her book after the birth of her son because she felt isolated  and disconnected in her own single family row house–and this was before COVID-19.  She is Executive Director for the Arts + Business Council for Greater Philadelphia which hardly makes her seem like a radical. 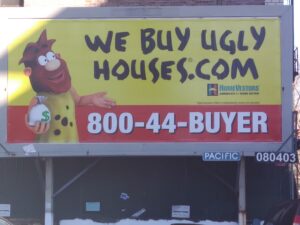 I’ve come up with these broad directives (with a nod to Diana Lind) that will need to be further fleshed out to be actionable:

I’We might also explore our connections to members of the coalition that got the “Yes In My Backyard (YIMBY) Act” (H.R. 4351) passed in the US House in 2020 and help them to get an even stronger bill passed in the US Senate in 2021.  (See update in comments.)

Let’s team up with well-known authors such as:

who can get media attention of all kinds: TV, radio, social media, newspapers, magazines, etc. Locally, we might team up with Sightline Institute Founder  Alan Durning who recently authored The Problem With US Housing Policy Is That It’s Not About Housing. Durning begins: Here, I sketch the hidden reality of federal US housing policies: they are about real estate appreciation, not housing. And I spell out how they polarize wealth, exacerbate racial inequality, cut productivity and job creation, speed climate change, and exaggerate the ups and the downs of the business cycle. He plans to next address how we might form a left-right coalition to shift federal policy.

An equitable housing policy at the federal level needs to be a policy that will expedite building market rate and public housing that is affordable and available to BIPOC communities and to young people. That will happen only when we shift our perceptions about “the American Dream” away from homeownership and towards security, equity and legacy for all.

UPDATE May 19:  While preparing a slide presentation for the PLACE Initiative Climate Summit, I found out that the Senate Finance Committee held a Tax Inequality Hearing on April 20, 2021. The first person to testify was Dorothy A. Brown, author of  The Whiteness of Wealth and tax law professor at Emory University.

Also see my slide show embedded in my post of May 20. I’m working on including the text that goes with the slides.