. . . As of 2008, more people now live in cities than in the countryside, worldwide. This is a huge moment in human history. This means one of two things: either human connection to nature will continue to disintegrate, or this will lead to the beginning of a new kind of city, one with new kinds of workplaces and homes that actually connect people to nature.         Richard Louv, Leaf Litter, Winter Solstice 2012

The Portland Comp Plan Working Draft 1 released in January, 2013 begins to envision that new kind of city for this “huge moment in history.” It includes a transportation network that aspires to integrate nature into neighborhoods through civic corridors, neighborhood greenways and habitat connections. By doing that it seeks to: 1) increase people’s access to the outdoors, 2) provide corridors for wildlife movement, and 3) catch and treat stormwater.Its Watershed Health and the Environment chapter encourages the protection/enhancement of natural systems and their role in promoting public health—as you might expect from a chapter with that heading. However the emphasis on “designing with nature” in both its Design and Development chapter and its Transportation chapter is what really sets this plan apart and makes it transformational. It puts Portland ahead of the curve in creating Louv’s new kind of city!

The fact that we have such wise and forward-thinking planners and advisory groups to create such a draft plan does NOT mean that the work is over, however.  The devil is in the details!  So, I hope that you will review those details, attend a community workshop or two, and add your thoughts. Below, I’m sharing some of my own comments on the Comp Plan Working Draft 1 in hopes that you will voice your support for them as well as develop your own points.

I was excited to see the draft Comp Plan promise (p,14) “encouraging building and site designs that have native plants and more permeable surfaces and mimic nature, so that pollutants stay out of rivers and streams.” Only once in the actual policies, however, is there any mention of native vegetation. And that one citation is followed by an exception big enough to let an area that could be a haven for more native wildlife—the west side of the Willamette River from the Steel to the Ross Island Bridges—stand as is: largely bereft of native vegetation. 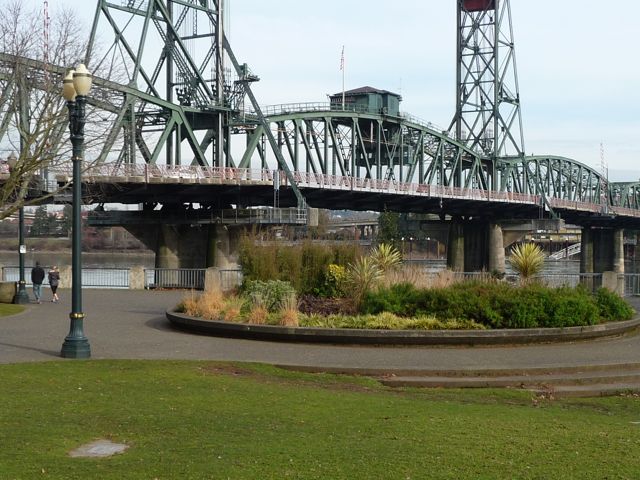 4.3b. Upland Areas:  Protect and enhance native and other beneficial tree species. Restore the landscape with diverse native species including trees, shrubs and wildflowers.

My further comments on Policy 4.3: Since riparian corridors, wetlands, and floodplains are the most critical areas for wildlife they are the most important to be restored to predominantly native plants.  What we plant from here on out along our rivers, streams and wetlands should be native check over here. Remove “and other beneficial” vegetation from the policy.

Chair of the Department of Entomology at the University of Delaware, Douglas Tallamy, in his book Bringing Nature Home argues that if alien species were providing as many ecosystem services in their new homes as they did where they evolved, they would support about the same number of insect species in both areas—but they do not. He states:

For an alien species to contribute to the ecosystem it has invaded, it must interact with the other species in that ecosystem in the same ways that the species it has displaced interacted. . . This contribution is most likely when species have evolved together over long periods of time. 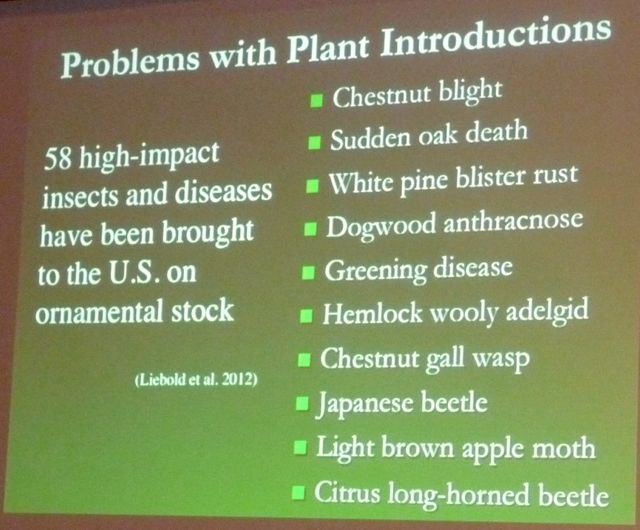 Upland areas could be separate. I would not argue against enhancing the lives of some non-invasive, non-native trees (such as our large old elms) via treatment. I’m not yet ready to maintain that all of the street trees the city plants should be native—only that many, many more of them should be. Tallamy keynoted an Oregon Community Trees conference last year where he made the same point I’m making–as well as a lasting impression on attendees involved with community trees. “When I talk about the value of biodiversity, he said, I am talking about a natural resource that is critical to our long-term persistence in North America.”

The Comp Plan needs to stress the need to plant more NATIVE trees and plants in upland areas too.  See my next blog, Portland: A New Kind of City II  for further comments on Working Draft 1 of the Portland Comp Plan.