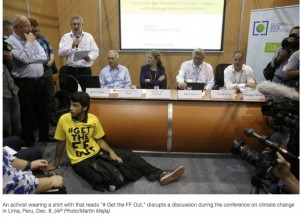 On Dec. 20, 2014 our statewide newspaper, The Oregonian, published an editorial that gave those who care about climate change opportunity to express our incredulity at their short-sitedness. I was one of many who did:

On Dec. 20, your editorial board maintained that climate change is best handled on the federal and international levels, hence Oregonians should not “adopt unproductive measures that either cost them money or reduce employment opportunities” (Dec. 20, 2014).  Rather than reduce employment opportunities, the Governors of California, Oregon, Washington and the premier of British Columbia are working to coordinate efforts to STIMULATE A CLEAN-ENERGY ECONOMY rather than accept jobs in dirty energy industries that may soon have stranded assets. In a region with a combined gross domestic product of $2.8 trillion and 53 million people this WILL make a difference.

California and British Columbia have already placed a price on greenhouse gas emissions and adopted clean fuel standards–with no harm, only good, to their economies. Not only should Oregon follow suit, but the Oregon Legislature should also require that the 30% of our electricity now produced by coal convert to clean energy by 2025.  This will stimulate more jobs in industries with a great future! 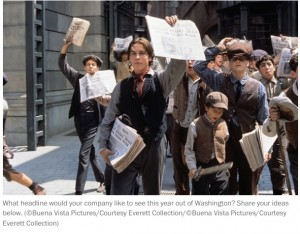 And on Dec. 30, 2014, the Washington Post asked small business owners to comment on headlines they would be thrilled to see in 2015. Here’s how I answered their brief questionnaire:

Headline you would like to see in 2015 (max 10 words): Keystone Pipeline Dead, Columbia River Gorge No Alternative!

Why that news would benefit your company (one paragraph, please be specific about the expected effects on your company or small businesses in general):  My company, PlanGreen, is about redressing the highly inefficient and environmentally damaging way we have developed in the US for the last 60+ years because of cheap fossil fuels.  The compact urban form and walkable neighborhoods that I help to create would see even greater demand if fossil fuel development were not subsidized and/or facilitated with pipelines and rail/barge shipping.  In the case of the Columbia Gorge, it is difficult to promote the kind of denser redevelopment of the historic downtowns that the rail lines go through in the Gorge when coal trains are spewing health-damaging coal dust and oil trains offer the possibility of blowing up their entire downtowns.  If fossil fuel development had to pay for all of its externalities, we would see much faster development of the kind of distributed renewable energy that PlanGreen promotes.