June 12, 2020 – Originally given June 3, 2020 as oral testimony to Portland City Council on behalf of Portland, OR Small Developer Alliance. Items in brackets were added to the testimony for this blog.

I’m Mary Vogel, Principal of PlanGreen and co-founder of Portland Small Developer Alliance.  After the events of this week, I hope the amendments before you—as well as the RIP [Residential Infill Project] itself—can play a small role in allaying some of the pent up anger at a housing system that especially excludes African Americans.

In consideration of Denyse McGriff’s March 10 testimony about unequal impact of RIP on African American historic resources, we DO NOT suggest eliminating Amendment 7—(Although we would like to see it revised).  Could it instead apply only to the area that was part of the 1993 Albina Plan? Or could we come up with a revised amendment that addresses McGriff’s concerns without becoming a loophole for wealthy neighborhoods to avoid the RIP? 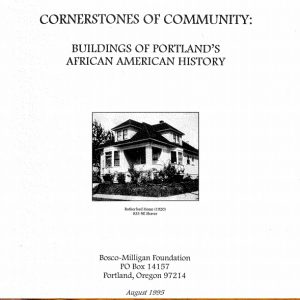 [When I talked to Denyse McGriff, now a City Commission member for Oregon City, she told me that her involvement in historic preservation spans several decades.  She is on the Board of Oregon’s Architectural Heritage Center and is proud of some of the work they have done with the African American community. “Cornerstones of Community: Buildings of Portland’s African American History” (adjacent) is an example. Others can be found on AHC’s website.]

Wealthy Neighborhoods Try to Weasel Out of RIP

[For those of you who won’t go to links, Ethan writes in part: The RIP is one of the most important planning decisions the City will be making in my entire time in Portland, now going back over 40 years. . . Rather, it’s past time to expect that every neighborhood offer the opportunity for broad range of housing options to be found there. . .First, I am in opposition to Amendment Package 7. As written, it could apply the term “contributing structure” to an entire district. This only furthers the perversion with which historic districts have been created throughout the city, mostly, in my view, with dubious links to history and too little specificity regarding the rationale for historic significance.

My own neighborhood, Alameda, were it to be proposed for historic status, would, like all of the other historic districts in the city have to be recognized for it’s legacy of overt racial and ethnic segregation and exclusion, the true historic legacy of these neighborhoods. Amendment package 7 simply creates another barrier to real housing production and reform due to its sweeping language and invitation for imprecise application. . .]

If the goal is to encourage adaptive re-use of historic resources—the City needs to provide building code changes and appropriate incentives to ensure their success.  In Small Developer Alliance’s Feb 13 testimony, Garlynn Woodsong had in-depth suggestions for regulatory changes 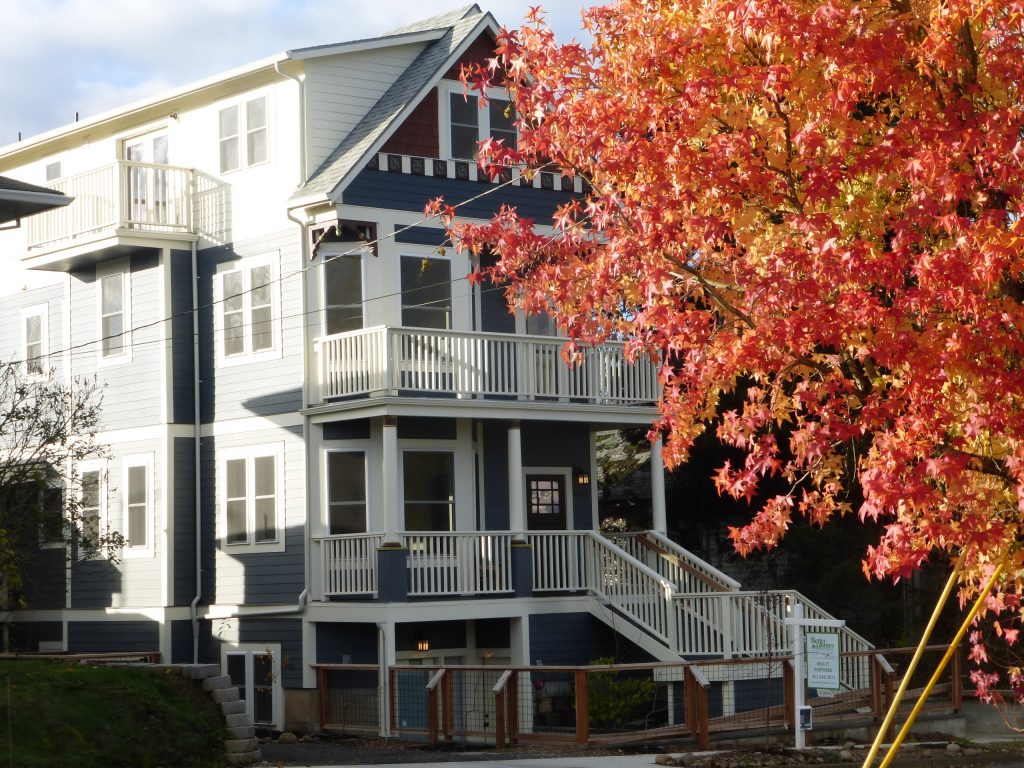 The Dekum Charles was redeveloped by Woodsong Associates from a single-family to four condos. Woodsong concluded that he could have torn down and rebuilt the same house for much less time and money. Photo: PlanGreen.

We are aware that City staff is already working to change some of these regulations at both the state and local level and we hope we can coalesce folks to support the City’s efforts in the building code change process as soon as you pass RIP!  Continued work on such changes—as well as incentives—will make it economically feasible to adapt and re-use historic homes at reduced cost without any sacrifices to safety or health.

———————
Mary Vogel, CNU-A/PlanGreen consults on climate resiliency and climate justice and co-founder of the Portland, OR Small Developer Alliance, a group related to CNU and the Incremental Development Alliance. She welcomes your response to this blog.