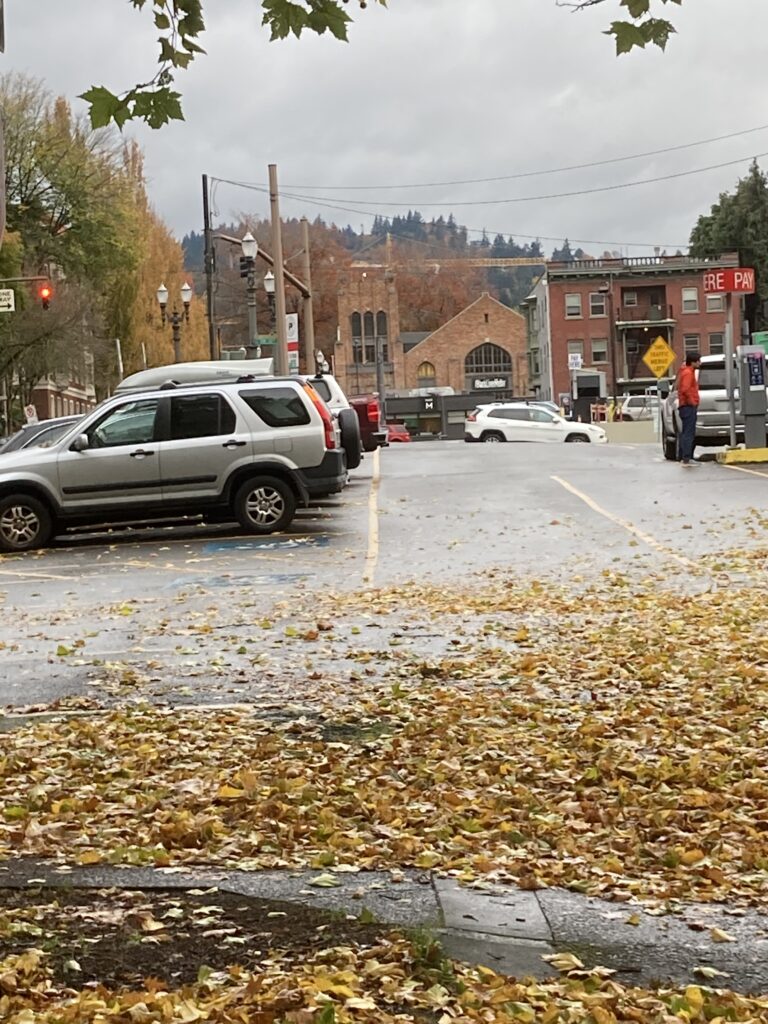 You can see leaves of Sylvester Sycamore in the foreground-hiding the pavement that Portland Art Museum has chosen to pave all the way to the sidewalk that smothers some of Sylvester’s roots. We will seek to follow the example of the native tribes who came before us and see the tree as our ancestor with a garden nurturing it.. We hope that First Unitarian Church (that you can partly see to the west) will get its alternative housing project done first. .

I have long railed against what I call Downtown Portland’s Treeless Asphalt Deserts. Besides their daily assault on the health and well-being of downtown residents, try walking past a series of them on SW 12th  Ave or SW Main Street when it’s 105 degrees and smoky. Encouraged by my Portland State University Site Design class instructor, I re-designed one of these deserts: 935 SW Main Street—the 25,000 square foot surface parking lot owned by Portland Art Museum for the last 30+ years.  I see this proposal as one exemplary step towards solving our housing crisis in a systemic way.

HERE’S OUR VISION (written as the developer) . . .

The mixed income Etta Cooperative will be in a multi-story, multi-level building owned by the residents as a limited equity cooperative. The land will be held in trust by a community land trust, a 50-year old model for a new system of land tenure that takes land off of the private, commodity, speculative market and puts it into trust. The CLT issues 99-year leases to buildings on that land—buildings that can be privately or cooperatively owned—or rented.

It is named after Henrietta (Etta) Eliot who supported her husband (first minister of First Unitarian Church, Thomas Lamb Eliot) in the many social causes he championed for the poor and disenfranchised. They raised eight children on this spot and their legacy still lives in the activist Church one can see from the site. The site’s rich history—including its Native American history—will be celebrated throughout. 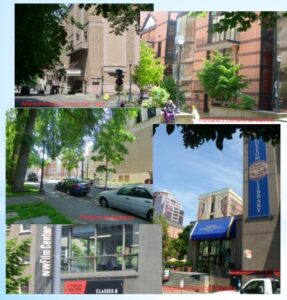 Since the cost of the land will be separated from the cost of the housing, shares in the units can be purchased at a very reasonable price–all the more remarkable because the Etta will sit on what is arguably the best residential site in Portland with its cultural, educational, park and transportation amenities. We’ll reach out to the many people of color organizations we support to generate participation from those populations. Through impact investing sites and media, we’ll seek to reach wealthy and middle class folks who want to put their bodies where their hearts are—by living in a racially diverse mixed-income community that demonstrates climate justice.

The land will be purchased from the Art Museum by a Portland philanthropist—akin to Sam Gary who founded Denver’s Urban Land Conservancy with a multi-million dollar donation in 2003.  WE ARE NOW LOOKING FOR THAT PERSON. 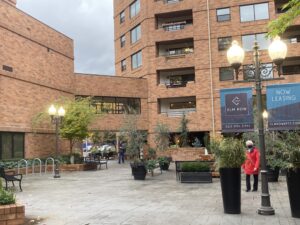 Elm Row apartments at SW Market & Park has, as part of its open space, a plaza that is open to the public. It is just a few block from the Etta site. It also has an eatery (SW corner) and fountains at this level. The Park Ave level has additional retail.

All Etta Cooperative’s power needs will be supplied by the renewably sourced district energy/combined heat and power plant Apple [We have yet to approach them] will build as part of its development to the immediate west of the Etta. (Its’ precursor district energy plant sits atop Whole Foods—owned by Amazon—in the Pearl).  Since we won’t need our own boilers or chillers we’ll have more space for our common areas and community center.  [Some of the common area will be open to the neighborhood–similar to Elm Row, a few blocks away.] And we’ll have more money to use other resource-conserving technologies—e.g, triple-paned windows, superinsulation and a bioreactor to treat toilet and greywater for reuse.

Our green roofs will provide garden spaces for residents—who will be encouraged to garden there–and on their balconies too.  Native trees, shrubs, vines and wildflowers within the site will create a haven for humans and pollinators. Signage at those spaces will also help teach children about nature and add to the ambience of the Green Loop at our front door.

Our heritage tree, Sylvester Sycamore, will have its own rain garden around it–rather than a parking spot paved to the edge of the sidewalk as Portland Art Museum does now. Considering our site’s current use as a parking lot, our rain garden will demonstrate mycoremediation–the use of fungi to take up pollutants.

By being a highly visible model in downtown Portland, our vision for an Etta Cooperative will help to educate people—both Portlanders and visitors—that we are not stuck with the housing system we have. As we watch the current system leave more and more people on the street, a system that treats housing as a social good will inspire others to mimic it.  Contact us to schedule a slide show or otherwise help with Etta’s progress. 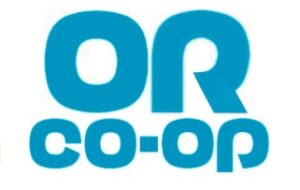 We are thrilled to be part of a new group emerging in 2021–Oregon Cooperative Housing Network .

Although our idea for the Etta first emerged in 2019, we are thrilled to be part of a new group emerging in 2021–Oregon Cooperative Housing Network . This network has people with the right skills to help us achieve the above vision: Planning, designing, permitting, financing, developing. We encourage you to join!
___________________

Mary Vogel, through her WBE, PlanGreen, works on issues of climate justice, especially housing and green infrastructure. She has promoted the CLT model since 1978 and would love to live in one that encourages carless living by its location to amenities and transit.  She can be reached at mary(at)plangreen(.)net.